Which is the most appropriate existing adjective you can use to praise a style handbook? Useful, isn’t it? The almost 1,000-page Manual de estilo Chicago-Deusto, launched on October 13, 2013, is the first adaptation and translation into Spanish of the legendary Chicago Manual, now in its 16th edition. And it is basically very useful.
With three main sections: El proceso de edición (The Publishing Process), Estilo y uso lingüístico(Style and Usage), and Documentación (Documentation), the Manual de estilo Chicago-Deustosticks to the structure of the original version in English and, from that starting point, provides the reader with a superb guide through the troubled waters of editing and publishing in Spanish (both in traditional and electronic media).
You have probably thought that there is no use in translating the second part of the book (Style and Usage), since English and Spanish are essentially different languages. And you are right: they have not attempted a formal translation; they have localised or adapted the text instead. Let me introduce you to one of the best examples of localization I have ever met. Those responsible for this second part, addressing Spanish grammar, usage, punctuation, spelling, orthotypography, compound words, names and titles, figures and units, mathematics, foreign languages, and quotes and dialogues, have excellently “re-elaborated” (in the editor’s words) their corresponding chapters.
The most problematic part of all, the adaptation of the rules of the Real Academia Española of language has been achieved, in their own words, by “extracting only the most sensible advices”. By doing so they have probably resisted the changes in the Spanish Grammar and Spelling by the Academia announced in 2014. My initial comparative analysis says “yes, they have resisted”.
“Adapting” and “re-elaborating” are verbs which find their true meaning in this huge, admirable work. This Spanish transladaptation is a brand new book which, besides helping all of us, Language Services Providers, will serve also as a guide for further translations on linguistic issues, where anything you want to say must be rethought and reconsidered almost as creating it from the scratch. It is written on the cover: Edición adaptada al español (Spanish-adapted edition). Nobody states it is a traditional translation.
I was particularly fascinated by the grammar and spelling chapters (by María Pilar Martínez, chapters 5 and 6, and Isabel Hurtado de Mendoza, chapter 7, respectively) for they offer the most adequate summary of those unfriendly books by the Spanish Academy on these issues.
I must not forget to say that, besides all its virtues, this is a beautiful book. If you love books, you know what I mean: the size, the weight, the smell, the printing, the layout, everything matters; and you will be deeply satisfied with this one, which is worth occupying a place in your shelf. Undoubtedly it will get worn soon, since you will use continuously.
But the strong classical asset of this book has been and still is its third part, named Documentación. I guess that in the world of the bibliography creator EasyBib in Google Docs, and what may come, a clear explanation of the Chicago rules for bibliography (one of the options of EasyBibto create the format of your bibliography) will always be necessary for those who publish. You will find it here.
There are many style manuals written directly in Spanish. As Alberto Gómez Font (Head at the Instituto Cervantes in Rabat, Morocco) says, “fewer and fewer Spanish users doubt about who dictate the standard use [of their language]; it is not dictionaries, or grammars, o spelling books; current true user guides of Spanish are style manuals”.  There is even a Spanish translation of the “Chicago Referencing Guidelines: Correct Style for Footnotes and Bibliographies” by Emma Norman (translation by Luis González Villanueva, México, 2009). Having worked with many of them along my almost 30-year long career, the Manual de estilo de Chicago-Deusto is the best among them and, of course, the only one properly updated.
If you are a writer, a proofreader, a publicist, a designer, an editor, or a web designer/developer, or you are just interested in editing the texts you show publicly, you are lucky and soon you will be looking at this book continuously. And if you are a journalist, this book is a must.
A last note: you can actually read this book, not just look at it in case of doubt (which is its primary target). I was given the chance to do so by the editor, and I would like to show my gratitude for such an opportunity.
Still looking for a complaint in this review? Here you have one: it is 2014, my friend, you cannot publish a style handbook only in paper! When shall we welcome the online version? Please.
According to the “Five Ways to Be a Terrible Book Reviewer” by James W. Cortada, I should have been fun by now. But the 800 hundred words the editor granted me for this review ended about 50 words ago.
________________________________________________________________

Note by the author:  I sent this review to the editor on April 18, 2014, the first day of the first year without Gabriel García Márquez. Requiescat in pace. 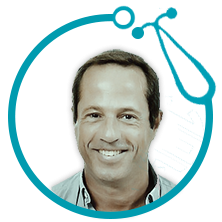